The Bellport Library was organized in 1897, because of the foresight and enthusiasm of fourteen young women. This group had formed a few years earlier and called themselves the Entre Nous Club. They started to raise money for the library by sponsoring a reception at the home of one of its members Each member was to bring a book, and sixty books were collected that day, the nucleus of the Bellport library purposes. The first location of the library was in the Hulse home about where Wallens Market now stands. Later it was moved to a store on Bellport Lane. Miss Jennie Monsell was the first librarian.

In 1919 a small group met at the home of Mrs. Charles E. Osborne to plan for a memorial to honor all those who had been members of the Army, Navy, and Marine Corps during the World War. Money was raised at a block party. Then in 1920 the Bellport Memorial Library Association was incorporated. A house-to-house canvass ensued, and Mrs. Frederick Edey opened her Playhouse for benefits for the library building, and Mrs. J. L. B. Mott, the property.

In 1921 the books were moved to the basement of the Presbyterian Church (now the Methodist), while the new library was being built. Also in 1921 the library received a Provisional Charter as an Association Library from the State of N.Y. (an Absolute Charter was granted in 1970).

A charming library building finally became a reality in 1923, having cost $8000. It was planned by Aymar Embury, 2nd, the architect of the East Hampton Library. It actually stands on the site of Captain Thomas Bell’s apple orchard. In 1924 the library was registered under the New York State Board of Regents, receiving an annual money allotment from the state and other benefits. In 1926 the memorial tablet was dedicated. A portrait over the mantel was of Mrs. Mott. Early librarians included Miss Marion Young, Mrs. Charles Axtmann, Mrs. Lawrence Fuller and Mrs. Maxwell Small.

In the 1950’s the library association was extended to include all the residents of the South Country School District. (This contract is renewed annually with the School District).

Then in 1986 the library moved to its modern building on Station Road and changed its name to the South Country Library to reflect its service to the entire school district.

In 1997 the library celebrated the centennial of its organization in 1897. A centennial fund raising event was held on August 17, 1996 to launch a permanent endowment fund and free celebratory programs were held throughout the year. 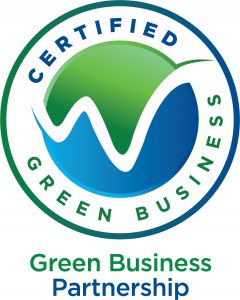